Description : The Idea behind the project was coming up with a simple interface given the functionality available on the light blue bean (The microcontroller we were given to work with). Given the way the Bean works the simple functions already available, we chose to run with the accelerometer using it to change the pitch of predetermined instruments. By Attaching a Bean to a group of balloons filled with helium making them float we managed to create a simple fun interface where the audience would interact with balloons in order to play music.

We decided to set scales for the instruments to play by creating an array for each and having the acceleration on each of our beans select the pitch from the array and play it.

The reason we decided to set the scales for each instrument was to limit the randomness of the interaction. The interaction in mind was meant to be meaningful for the user and if the user felt like doing different input leads to the same result which would be total randomness. Then it isn’t a good interaction. We had to find the sweet spot where it was at once interactive and user felt like they did have an input yet not completely random where the user feels like the feedback isn’t related to their input. We reached that sweet spot by adjusting the sensitivity on the bean to a degree where it took a conscious effort to trigger the change. Where it didn’t feel random.
This is the code we programmed onto each of the beans 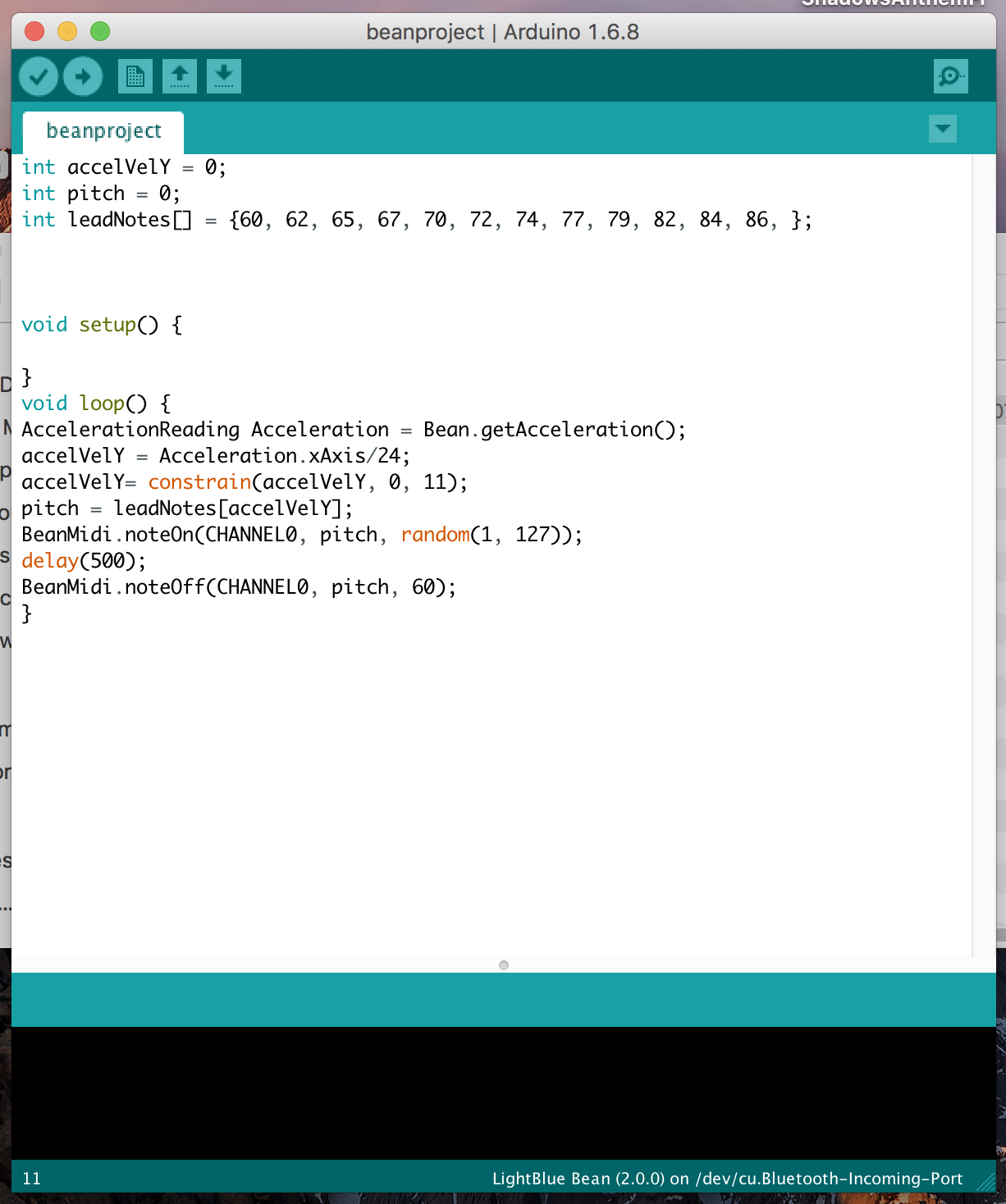 and this is a live demonstration of the project

The main idea behind the project was to create a hypnotic continuous effect, upon learning the function necessary to create a simple pile up in processing I was intrigued by the randomness of it, it satisfied this desire to see something random but not completely random, it creates this interesting feeling where the user can expect what is going to happen next but they aren’t entirely sure about it so they stick around just a couple of seconds longer to see it happen. It drags on and before the user knows they are in this trance where they feel compelled to stay long enough to experience more of it, then their fingers find the next string and it creates an effect so intriguing and hypnotic it restarts the cycle . 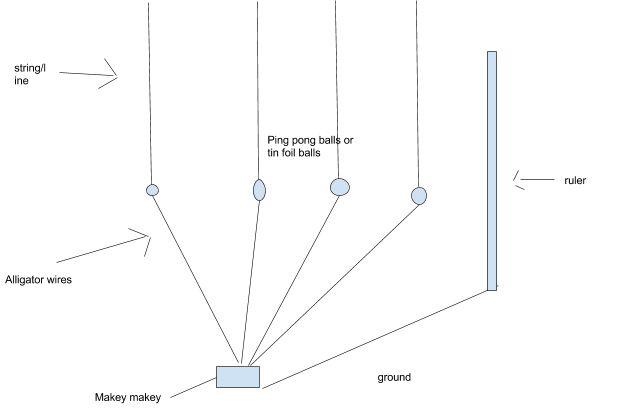 The user would use a metal ruler that is connected to the earth of a makey makey* to hit ping pong balls hanging from the ceiling, I soon realized the ruler would be very limiting and the fact that the user can only touch the interface at the balls creates a very monotonous interaction.
So I then decided to have an entire rope wrapped in tin foil tape in order to make it conductive and using those rope pieces dangling from the ceiling the user would have flexibility over how they wanna interact with it…
But that wasn’t enough. When it came time to build I decided to scale it all down instead of having the rope hanging from the ceiling I decided to build a box for it.
As I was building the box I realized that I could have the rope wrapped around a wooden panel. It would look like a harp tablet where the user interacts with the ropes on the front and the cabling all happens in the back.

I made this prototype
Then soon realized that instead of rope wrapped in tin foil tape I could use copper wires.
I then faced the problem where the copper wires wrapped around the wood left no comfortable location for the alligator clips from the makey makey
I then decided to use screws, insert them in the holes at the bottom and connect the copper wires to them and the alligator clips too, I found that the mechanical look of it looked aesthetically pleasing so I replace the wooden plank with a sheet of acrylic glass my prototype then looked like this 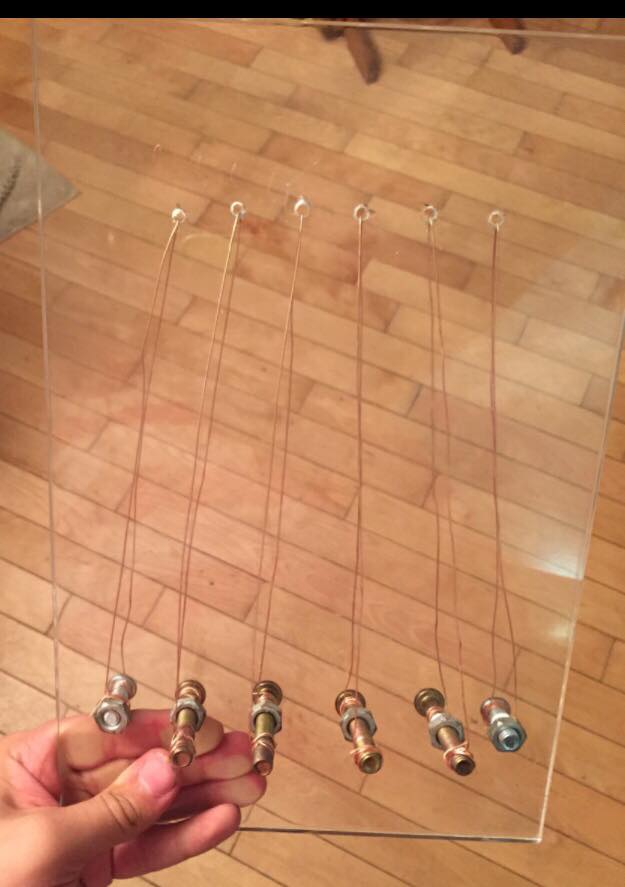 and here's an interface Demo 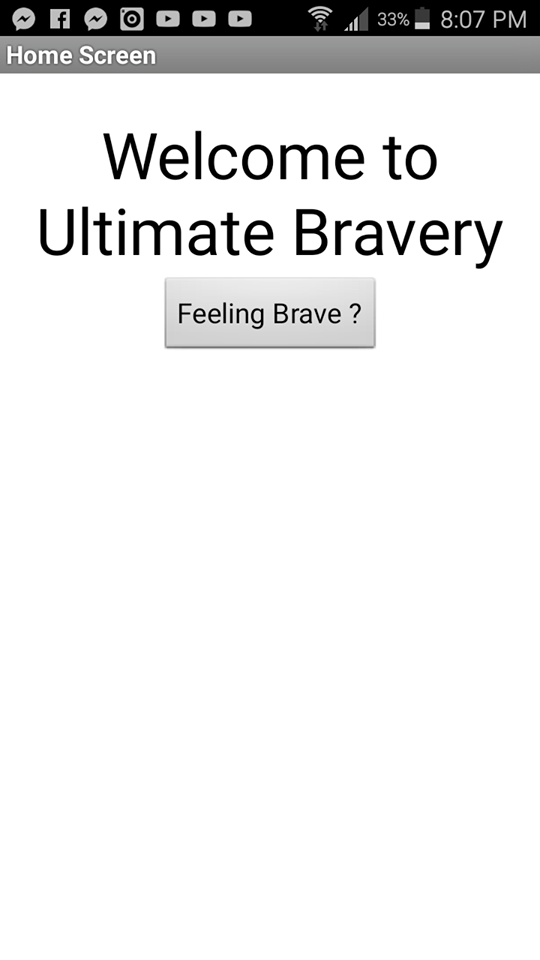 upon pressing the "feeling brave?" button the player would then get taken to a page that looks like this 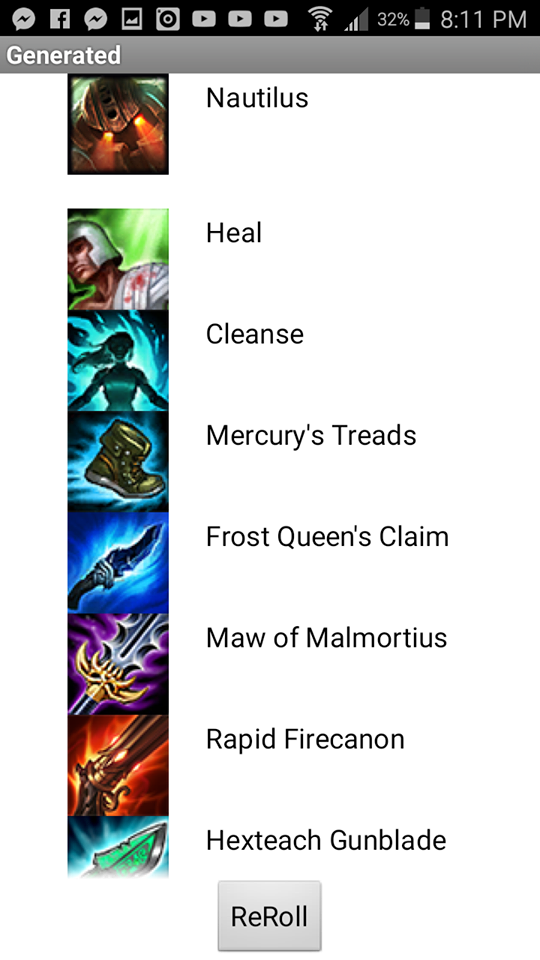 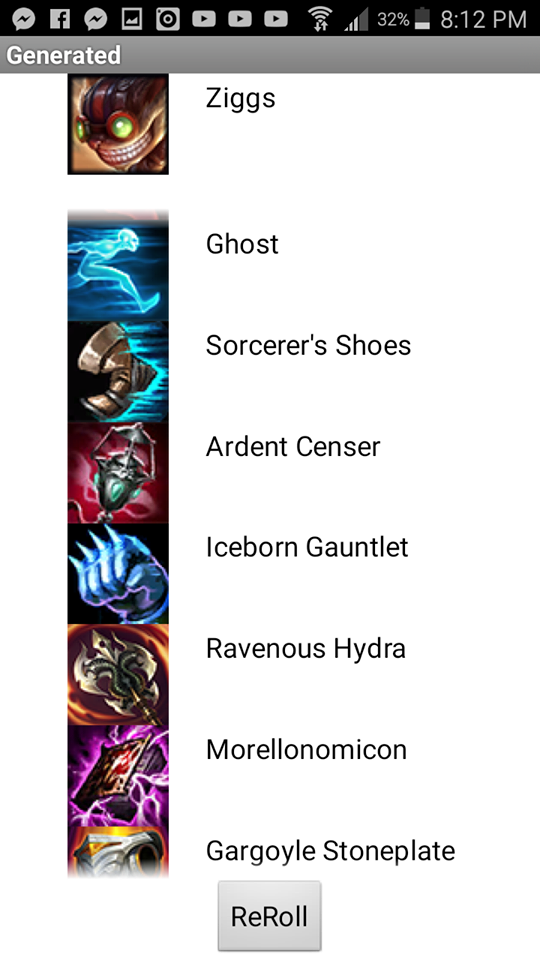 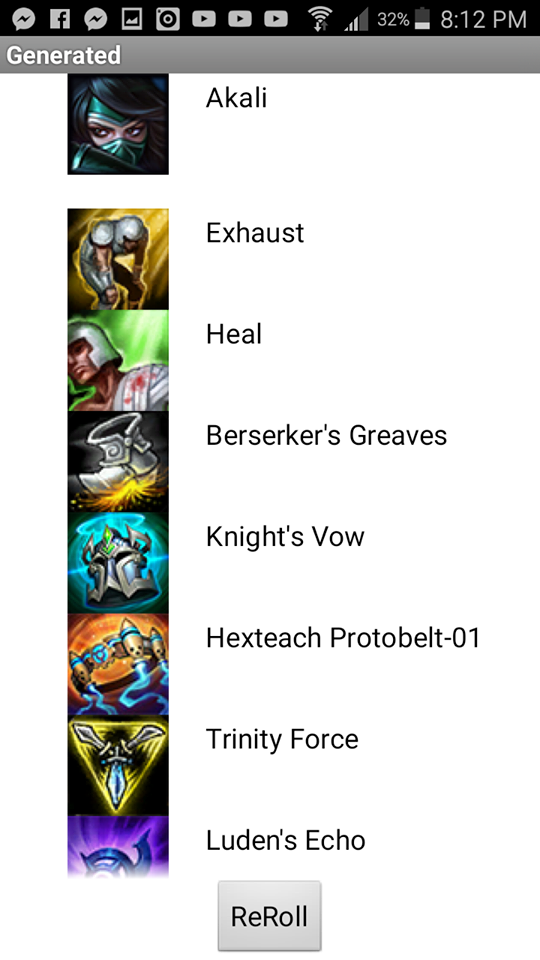 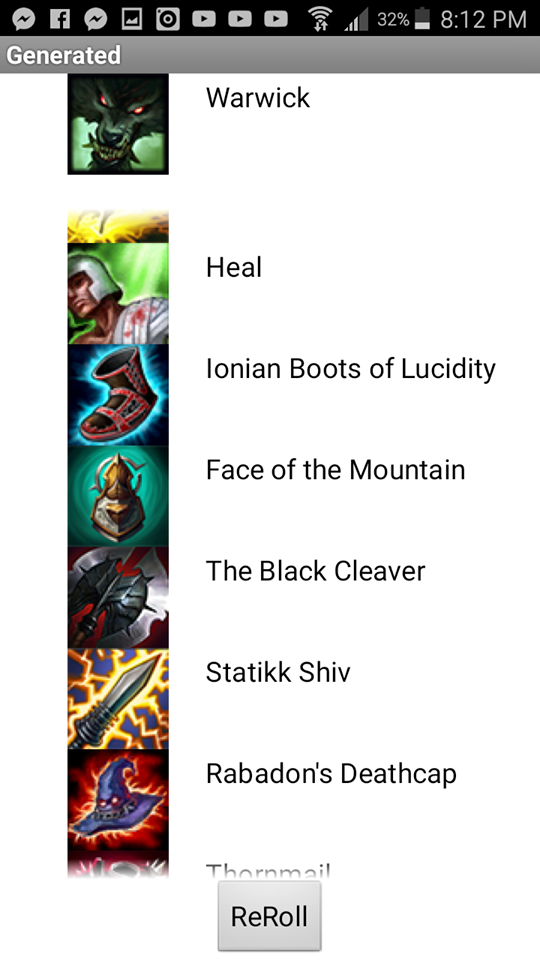